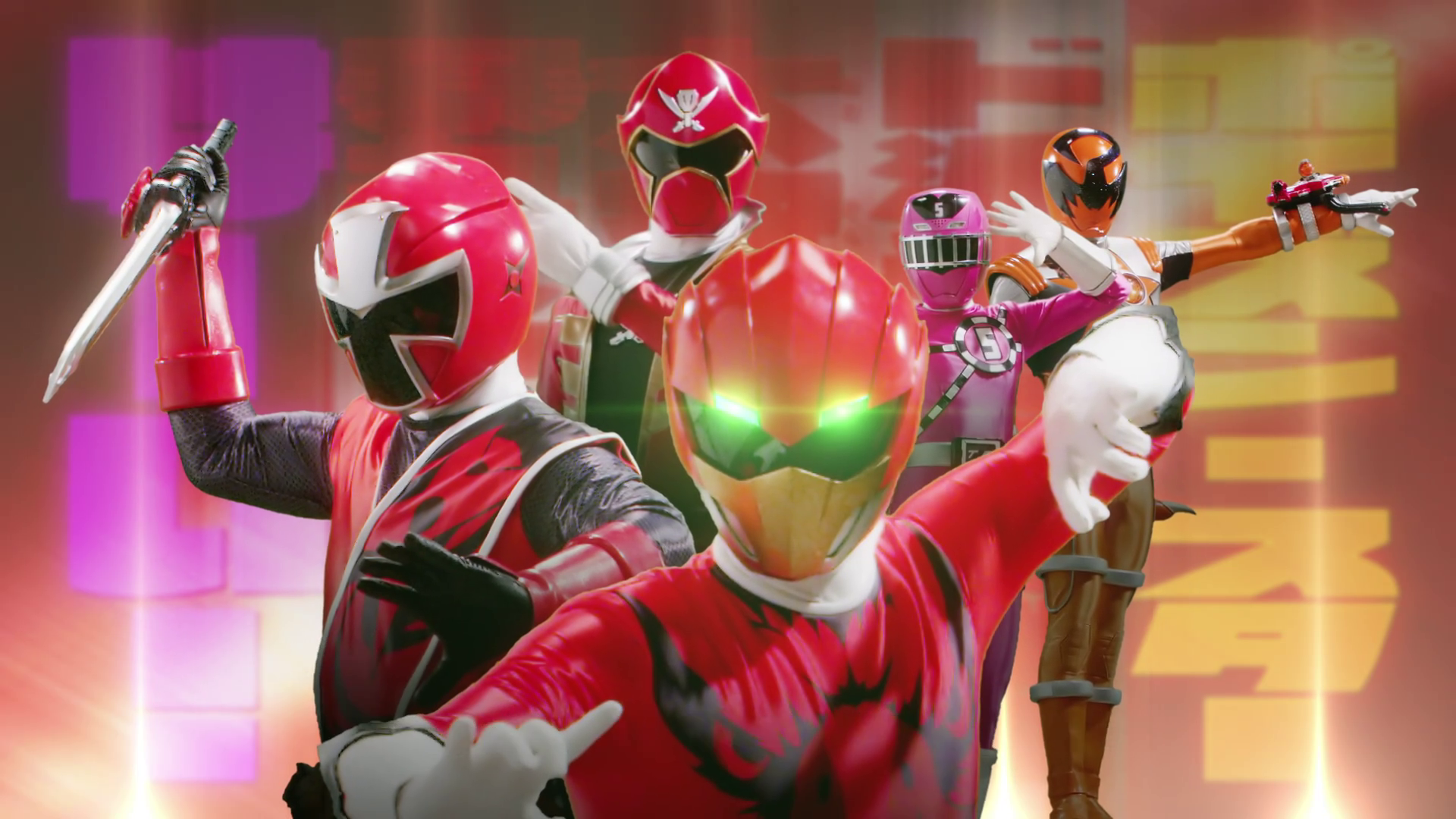 As Lupinranger Vs Patoranger comes to a close, Zi-O starts to achieve his full potential and the Super Sentai Saikyou Battle kicks off.

The Lupinrangers are stuck inside Dogranio’s safe after their battle with Zamigo. Thankfully, they equipped their police counterparts before entering, knowing this could happen. On the whole, this final episode feels rushed. The battle against Dogranio is short and anticlimactic, decided quickly by a macguffin more than the skill or strength of any of the Rangers. When it’s over, Dogranio is taken into custody rather than being killed, and we flash forward a year.

In that time, the Patorangers have become superheroes, celebrities to some degree, while still managing to do their jobs and mop up the last of the Ganglers. The Lupinrangers are believed to be dead, or at least, still trapped inside Dogranio’s safe world. When the credits start to roll on this series for the final time, the ending is ambiguous, a cliffhanger that leaves the main arc of the show unresolved. It is flashy, though, and does not disappoint if you are looking for good choreography and stunt work.

Where it does fall short in one other big way, though, is that the final scene of the series undoes much of the growth the characters went through, ignoring previously established friendships and romances, in favour of the generic cops-and-robbers angle that began the series. With a movie coming later in the year, I am personally hopeful that that will provide the ending this amazing series rightfully deserves. Kishiryu Sentai Ryusoulger kicks off in a few weeks, but until then, we are going to be treated to a four-week miniseries called Super Sentai: Strongest Battle! This series will be covered here during its full run leading up to the premiere of Ryusoulger.

Zi-O’s true power is unleashed this week as Zi-O II debuts! In an attempt to defeat Another Ryuga, Geiz sacrifices his life to use his finishing attack on Another Ryuga, knowing that there is a time distortion before the attack triggers. This leads to Sougo beginning to accept the darkness in himself, the way he’d convinced Kido Shinji earlier in the episode to do the same.

Zi-O II is able to defeat Another Ryuga, and in a strong twist of character, Tsukuyomi and Geiz wrap the episode knowing they pushed Sougo in the wrong direction. They resolve to do better, and we begin the next episode, which sees Sougo jump 102 years into the future, to 2121.

There he meets Kamen Rider Kikai, a parody of Shotaro Ishinomori’s other classic tokusatsu hero, Kikaider. Curiously, the episode is even called “Kikai da!” as an easter egg reference to this character.  Kikai’s design is very reminiscent of Drive, to me, with similar eyes and helmet shape. Many of the parts are mechanical in nature, obviously meant to emphasize the “Kikai” or machine design.

It’s a good suit, overall, and one that could easily be believed as a future Rider. When Sougo and Geiz end up meeting Another Kikai, it is the opposite of its counterpart, organic in nature instead of mechanical. The armour is largely made of wood, and instead of a person, Another Kikai appears to be some kind of Beetle that can reform itself by jumping from one tree to another. To put a twist on things, it’s revealed with a quick snippet of dialogue that this Another Rider was not created by any of the existing Time Jackers we know.

Through animation and set pieces, as well as some expository dialogue by Kikai, we see a dark future that is worthy of its own series, if played out correctly, much like the previous Miraiders up to this point. One thing that threw me off at first, but quickly became one of the best parts of the episode, was the face and voice behind Kikai. The same actor who plays Kamen Rider Kikai was also recently seen as Zamigo in Lupinranger vs Patoranger, but seeing him play a hero is only briefly an odd transition. He plays the part well, and I personally would love to see more of this character and world, either through a spin-off or V-Cinema like Kamen Riders Shinobi and Quiz are getting.

This episode holds a few more big twists that you will need to watch it to see, but the implications on the plot are staggering if managed correctly. Next week, we will see the resolution of the Kikai arc, as well as all three Riders working together for the first time. Stay tuned and leave your thoughts in the comments or on social media!

This three-episode miniseries is designed to fill the gap between the end of Lupinranger vs Patoranger and the beginning of the upcoming Kishiryu Sentai Ryusoulger, and is a crossover event between returning and new heroes. We begin with the defeat of the Gokaigers at the hands of the series’ villain, Gaisorg. The series features not only teams crossing over, but dimensions, as we see the team lineup debut. The team includes Gokai Red, Zyuoh Eagle, AkaNinger, Kyuranger’s Sasori Orange, and Toq # 5 (Pink). All of the original actors return, though the voice for Gokai Red’s suited form in the opening is clearly not Ryota Ozawa. Keiichiro of the Patorangers is also invited to join, but we are still given no resolution to the cliffhanger ending of his series.

Taking beats from multiple western media sources, each Ranger who is invited is given a literal golden ticket, then transported to a Marvel-style battle world, a planet called Nemesis. Each summoned ranger joins a team of five, for a total of 32 groups, and the contest is shown to be a battle royale tournament. Zyuoh Eagle regrets that he and Keiichiro are in the first match, thinking they would get along well, but knowing this is just a contest. The match is between “Team Weirdo” and “Team Serious Business” which both appear to be fitting names. Apart from this one-on-one contest, we see other matches going on with other teams, dating as far back as Denjiman and Turboranger. Many of the battles shown are between teams whose seasons had crossover movies, including TimeBlue against Gingaman Red.

Overall, this crossover event appears to be riding the Battle Royale hype train, but is a fun ride nonetheless. If you need a Super Sentai fix in between series, this will get you through, but is largely lacking in substance, apart from the character interactions.

Part of the second wave has also been officially announced. Included in this wave will be:

In addition, it was confirmed that Power Rangers Beast Morphers will premiere on March 2nd on Nickelodeon in the US, with worldwide release to follow shortly after.

What did you guys think of this week’s shows and news? Leave a comment and let’s discuss!