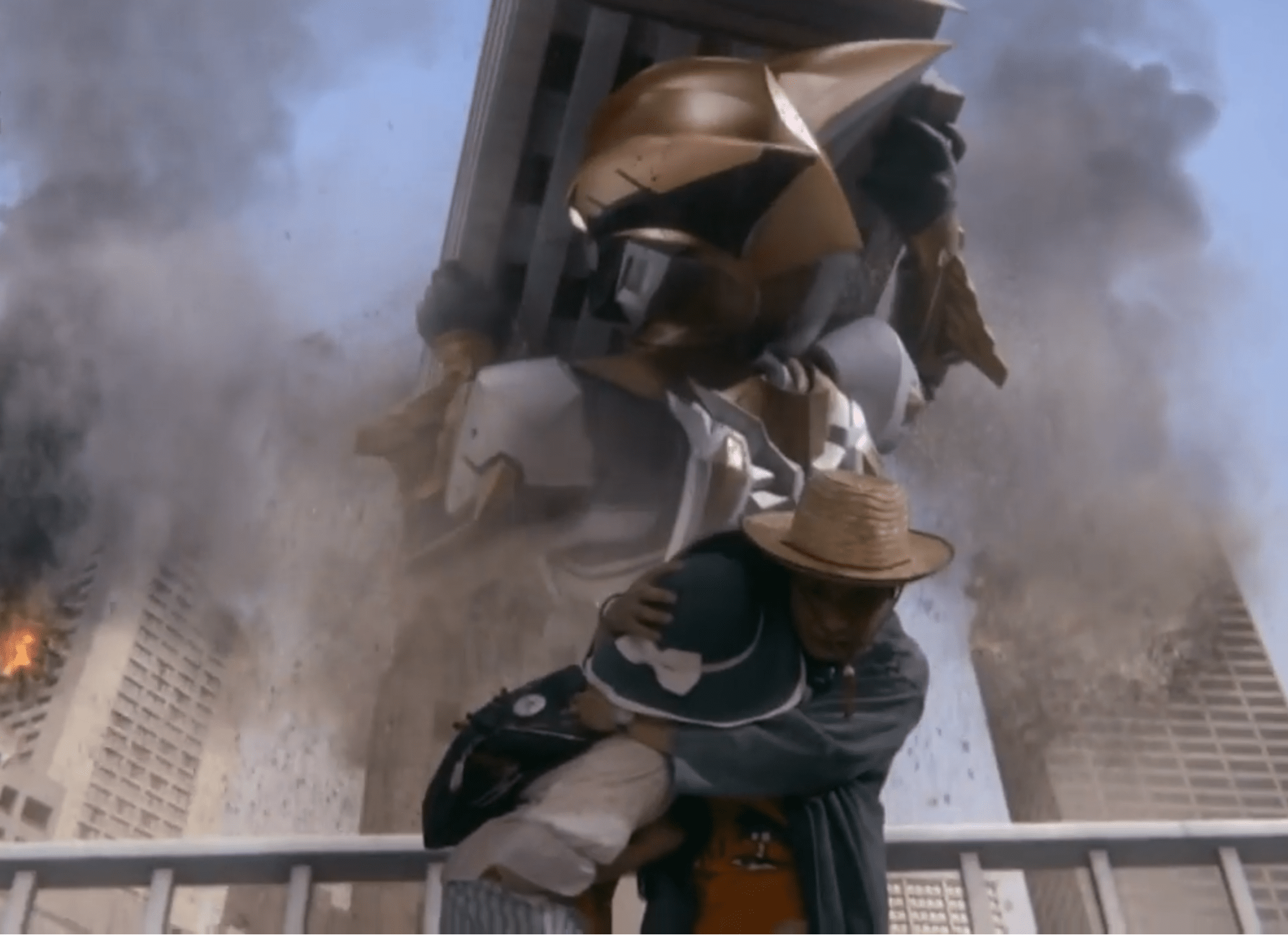 In the aftermath of the debut of our first major villain for Ultraman R/B, we have been given two fantastic episodes that each highlight the different strengths of the series, from the comedy to the characters and the action.

There is a full arc in these two episodes, where we see the brothers dealing with their first real defeat in a meaningful and interesting way, as well as seeing what Aizen’s definition of a hero is. The character development is fantastic, each scene is crammed with some meta joke or callback, and all the characters play off each other incredibly well. Let’s begin with episode 9.

The setup for this episode is simple: Ultraman Rosso and Ultraman Blu have been defeated by Ultraman Orb Dark Noir Black Schwarz, and have to really come to terms with that. As many fans previously called out, the brothers and even some one-off characters make light of the name being way too long, with Katsumi even going so far as to point out that, when translated, his name is literally Ultraman Orb Dark Black Black Black, taken from English, French, and German respectively. To their credit, the brothers don’t waste all their time making jokes about a poor choice in hero names, though, instead dedicating themselves to training while at human size with mockups of the weapons and abilities they use as Ultramen.

Asahi tags along, but is unable to figure out what exactly they are doing, somehow.

Her coming along to the training session turns out to be a stroke of good luck, though, as she falls and suffers a leg injury that leads to the discovery of the Earth crystal hidden in a cave. It’s with this power that they finally manage to overcome Aizen in the rematch. Up to this point, he has been making himself known to the citizens of Ayaka by causing disasters, and then stopping them. Much of the setup to the battle happens off screen, but given the setting change after they challenge him, it’s safe to assume there was some debate about a cool hero not causing property damage, or the brothers simply asking that they protect civilians as much as possible. When they do beat him, at long last, they take the weapon Aizen has been using to transform, vowing that he will never use it again.

Instead, we see Katsumi using it for special attacks as soon as episode 10! The brothers attempt to take a day off, a family picnic, only to be met on several occasions by Aizen or his Kaiju, even being offered high-paying jobs at Aizentech, stationed overseas and safely out of his way.

When they refuse enough times, they encounter their toughest Kaiju opponents yet, and end up being beaten after Katsumi stops a building from falling on Asahi and Ushio. They are defeated and earn a failing grade in Aizen’s second Ultraman Test, at which point he reclaims his henshin device.

After the credits roll on this episode, the preview for the next one seemingly confirms a fan theory that has been circulating for a while. If this theory proves correct, Aizen’s tests, repeated Kaiju attacks, and even becoming an Ultraman himself are all attempts to groom and train the brothers for some bigger threat that will soon loom large. The preview shows a previously-unseen woman with shining eyes, dressed in an all-black Japanese lolita dress, clearly a villain unless the show opts for more clever subversion. That remains to be seen, but I hope you all are excited as I am for what’s in store.

What did you think of these episodes of Ultraman R/B? Leave your thoughts and let’s discuss! 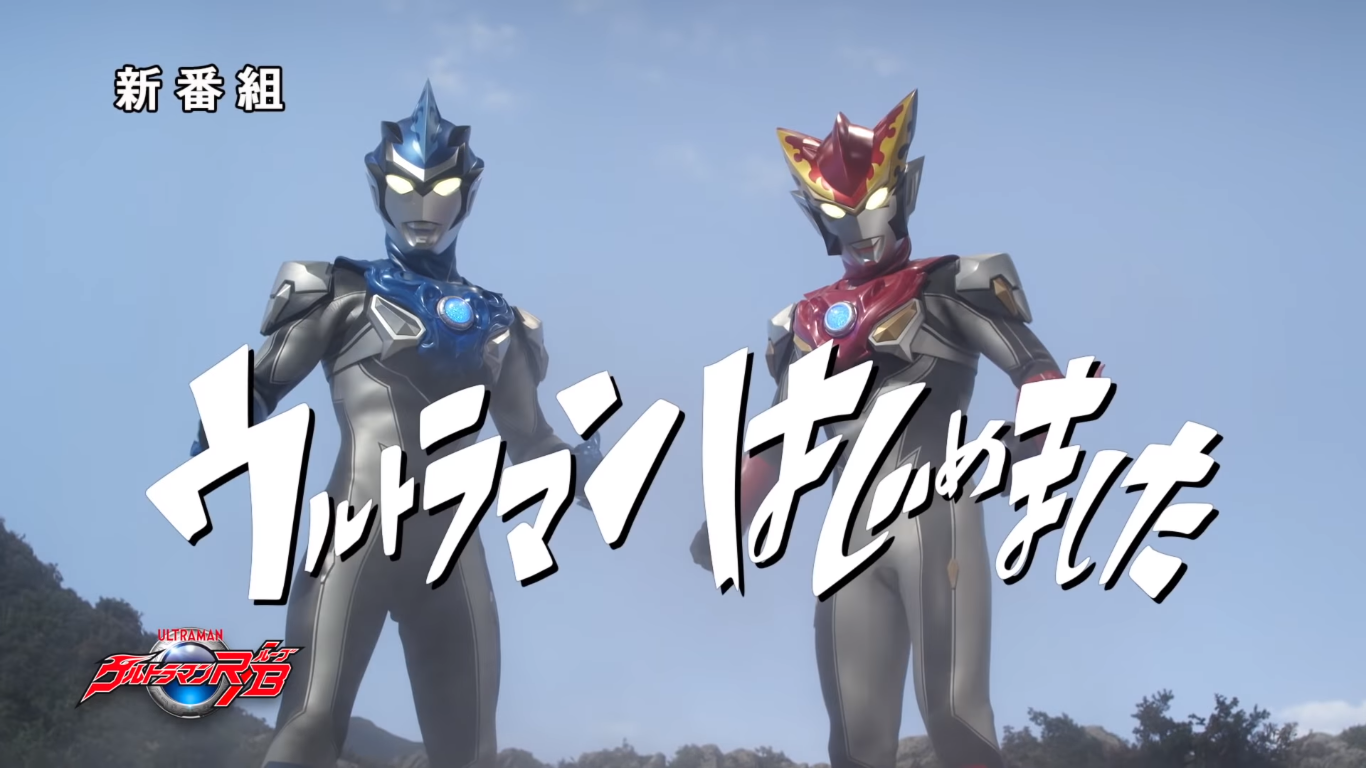 Ahead of its impending release date, a new preview has been released for the premier episode of Ultraman R/B. The clip sets up the opening of the series, in which a kaiju attacks Akaya City, home of brothers Katsumi and Isami Minato, who will become Ultraman Rosso and Ultraman Blu in order to protect their home and their family. The brothers have a strong tag team dynamic in the action scenes that have been shown thus far, and this trend is likely to continue as the series progresses and they begin to take on bigger and badder opponents, such as series villain Ultraman Orb Dark.

Ultraman R/B has been previously confirmed to contain elements outside of the common Ultraman tropes and plot beats, with actors and producers commenting that these changes will be done in a way that is seen as a positive for the series and the franchise, as a whole. The cast and crew are enthusiastic as they wholeheartedly throw all of their talent and dedication into the production of the series, which will run for 25 episodes beginning on July 7th, 2018 in Japan. As in the past, Crunchyroll will likely pick up global distribution of the series, though this has yet to be confirmed.

Please support the official release by watching Ultraman R/B on officially-licensed streaming sites or buying the Blu-Ray set when it releases. To get in the mood, you can pre-order the Ultraman R/B Rube Gyro device from Toku Toy Store, here!

What do you think of the hype for Ultraman R/B so far? Do you have any theories about how the plot will develop? Leave a comment and let’s discuss! 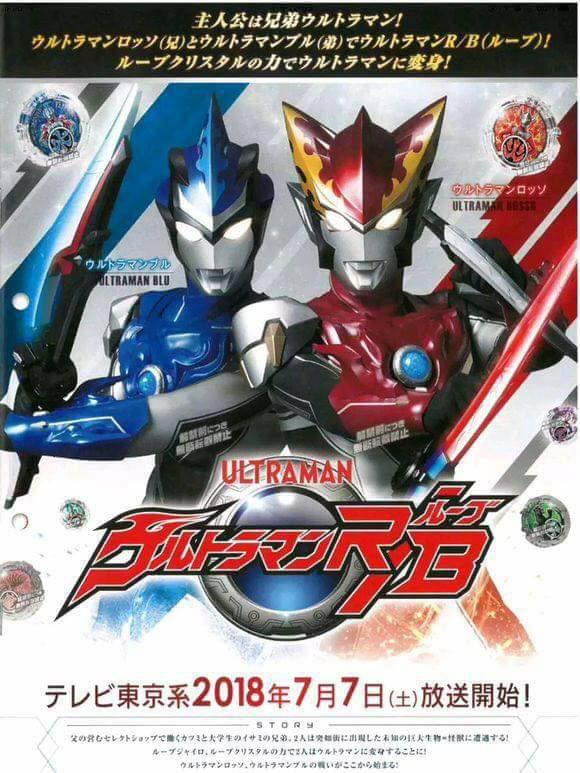 Ultraman 2018 now has a name and a release date! Via the latest image from Tsuburaya shown below, the title has been confirmed as Ultraman R/B (pronounced Rubu, read as Rube) and will feature two protagonists, now officially dubbed Ultraman Rosso (red) and Ultraman Blu (blue). The primary series antagonist, as revealed earlier, will be Ultraman Orb Dark.

All three use an Orb gimmick to obtain their power, with Rosso drawing from Ultraman Taro and Blu from Ultraman Ginga, respectively. Ultraman Orb Dark, as his name implies, will be a re-imagining of the classic hero.

This announcement comes after a busy week for Tsuburaya, with magazine scans and information about the new series coming in plentiful bursts earlier in the week to reveal the changers, gimmick items, and Ultraman Orb Dark’s existence. There is still much speculation about the plot of the show, and how it ties to existing Ultraman canon. Will Geed make a return appearance? Will the two new characters have a mentor in the form of some older Ultraman veteran? Only time will tell, but look for Ultraman Rube to premiere in Japan on July 7th, 2018. The global release will follow shortly after.

What are your thoughts on the new show? Leave a comment and let’s discuss!