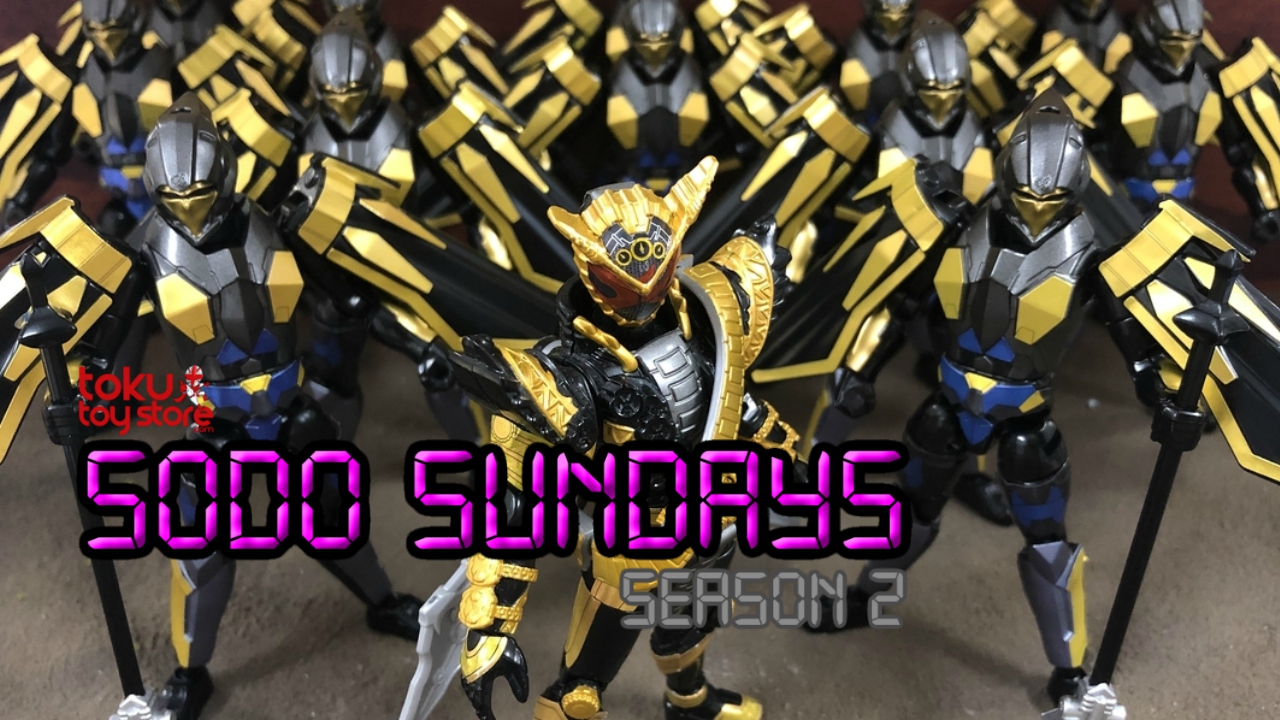 The final figure for Zi-O’s SODO Plus 2 has finally been revealed! The minons of Oma Zi-O: Kasshin! This figure will have his spear weapon included in the assesses box of Plus 2.

As for the accessories box of Plus 2 the Double Armors’ Memory Droids will be joining the set as well to round it out.

Many fans were expecting Kamen Rider Aqua to be the final figure of SODO Plus 2 and to apologize for the disappointment the SODO Blog decided to reveal the entire contents of Zi-O SODO Set 11. As of this point, this will be the final retail set of SODO for Kamen Rider Zi-O. The set consists of: Mirror Zi-O from the Ryuki Arc. The Decade Ryuki Survive Armor from the Rider Time: Ryuki special, and the Decade Faiz Axel Armor which was a Buttabosoul medal exclusive form. Special hands for Kamen Rider Woz will be included to have both Black and White Woz’s books.

But that’s not all. Another Zi-O will also be joining the Set as the first Another Rider to be in the main line. SODO Zi-O Set 11 releases in August.

With the final Zi-O Set revealed this leaves the forms and Riders from Zi-O’s Movie Over Quarterz missing from the line. Zi-O’s Oma Form and the Riders Barlckxs, Zonjis, and Zamonas will be joining the SODO line at a later date with more information to be revealed soon.

The blog wasn’t done though. The next Kamen Rider series to join the SODO Chronicle line will be Kamen Rider OOO!! Shown off first is his TaToBa Combo. It does appear that the OOO figures will be able to separate for combo forming.

As always you can watch SODO Sundays Season 2, Episode 22 here: